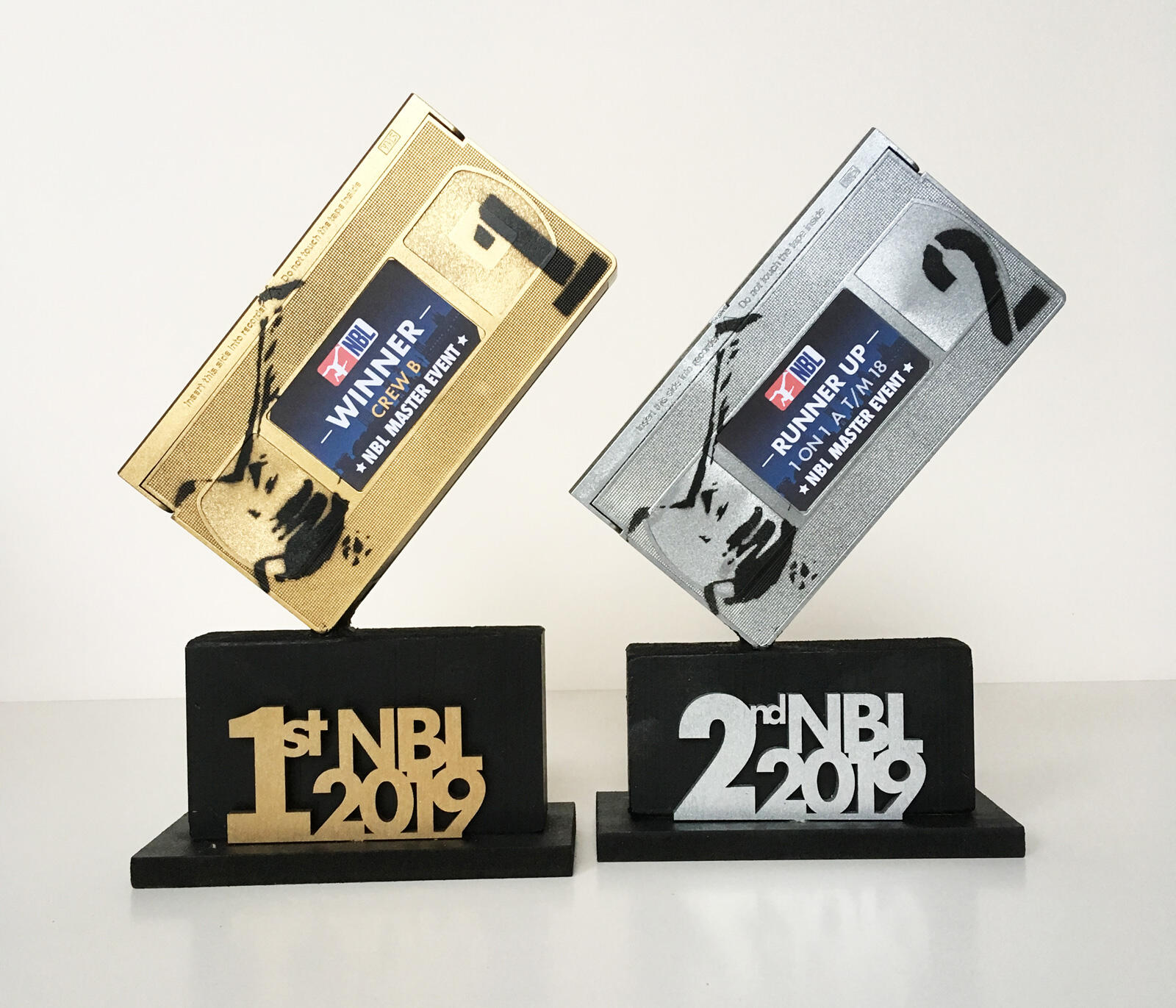 The ‘Nederlandse Breaking League’ (NBL) is the Dutch Championships for (young) breakers. In 2018 they came to me because they wanted something else for an award then a standard print and trophy.

In 2018 I used LP records and singles to make the awards and by popular demand used VHS tapes in 2019. Both items played (LP’s still do) a big role in breaking, so also provided a way to explain a bit of history to the new generation breakers for who Spotify and Youtube is the norm.

The NBL competition has layers, with pre-lims, a Grand Slam and a Master Event. So the trophies needed to be ‘scaled up’ with each level of the competition, as shown on the images below. 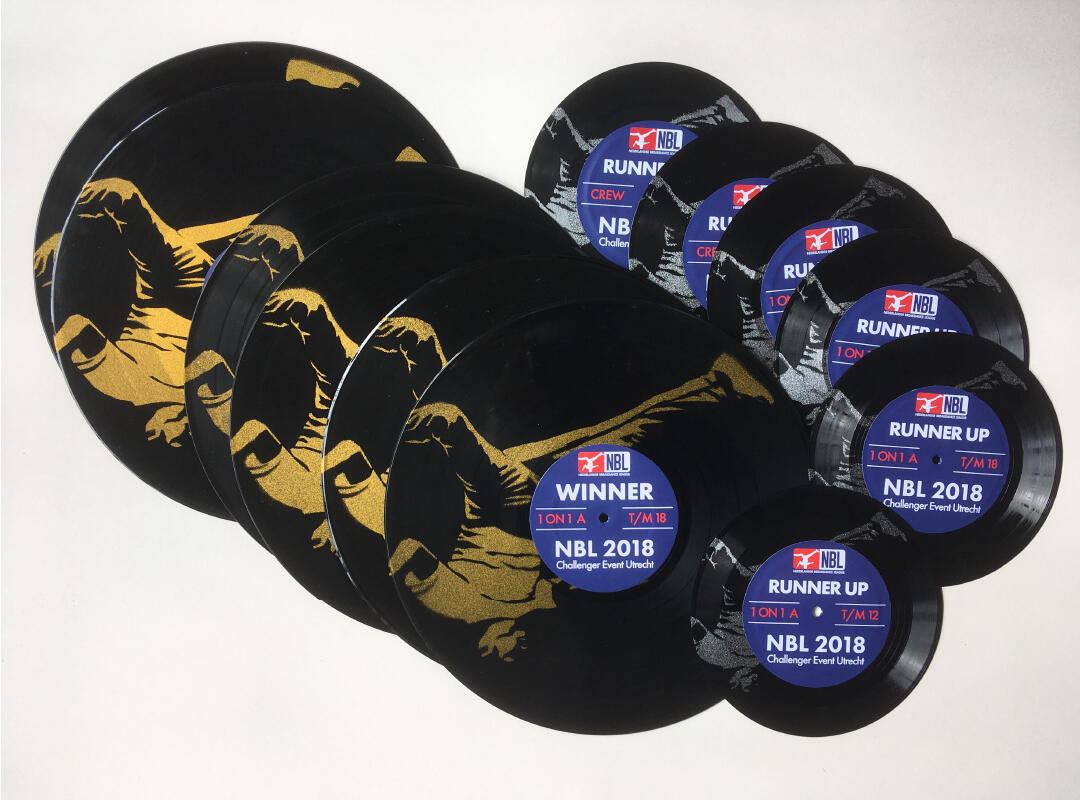 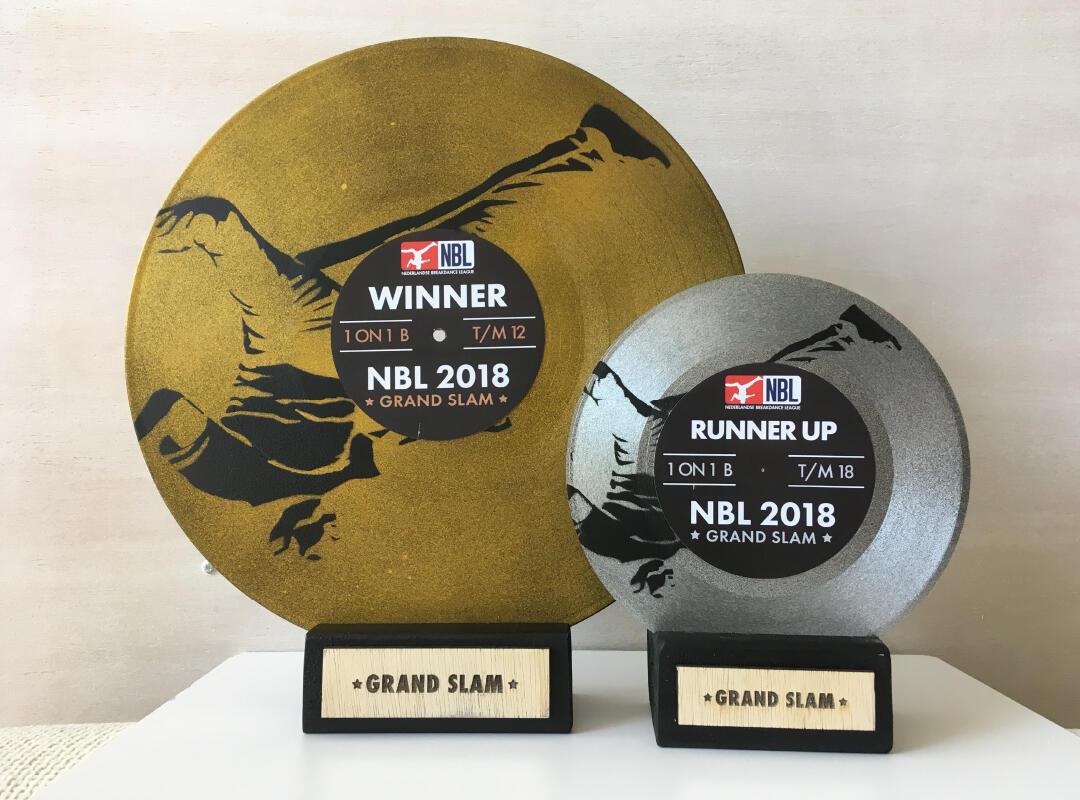